Travel Info : Weather & Temperature, and What to Wear in Kyoto in April

What is the climate of Kyoto in April like ?

Actually, April goes back and forth between late winter and early summer. 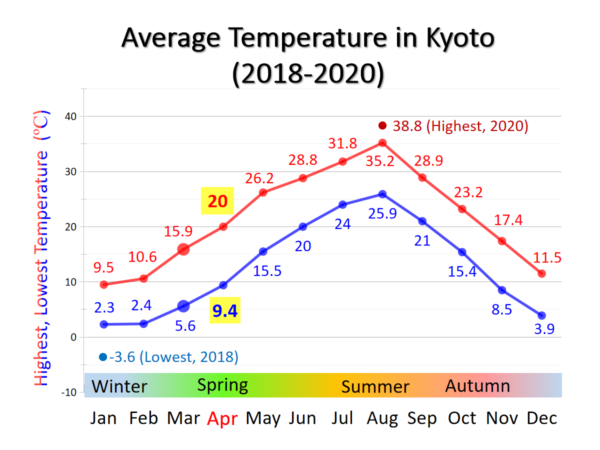 In April, as the chart shows, both average high and low temperatures are relatively comfortable, sometimes it gets chilly in the early morning.

Statistically, to the late April, the average temperatures get higher little by little, but actually, those high and low temperatures are various depending on the day.

In the case of 2021, it was generally nice temperatures in the daytime, though a little cold days at times. 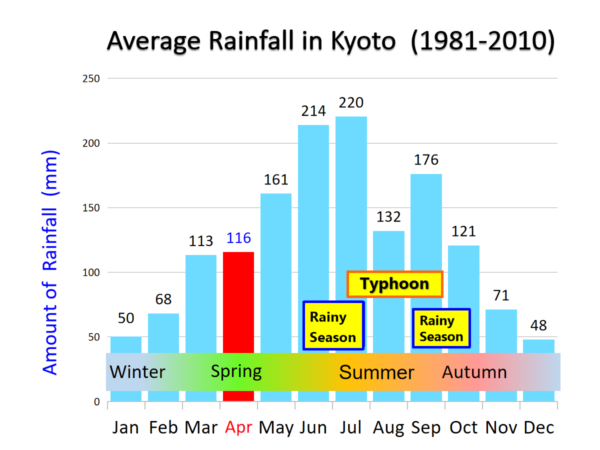 Statistically, we have average rainfalls in April.

Fortunately, it is not rainy seasons or typhoon season, but we have rainy days several times a month.

For your reference, the average probability of the weather in Kyoto in April is the following, according to Japan Metorological Association.

You don’t worry about the probability of the snow. For my experience, it seldom snows in April in Kyoto.

2. What to Wear in Kyoto in April

So, what to wear in Kyoto in April ? 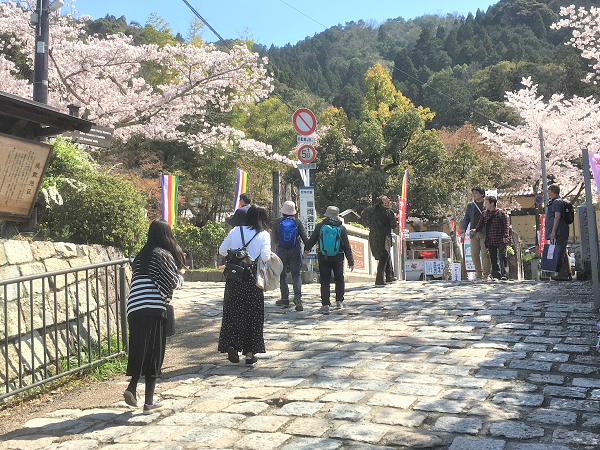 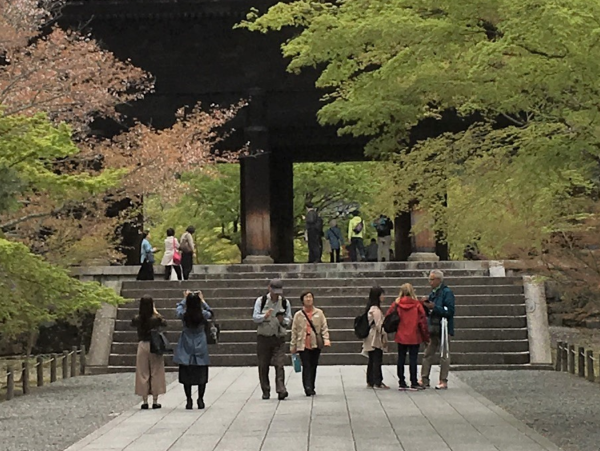 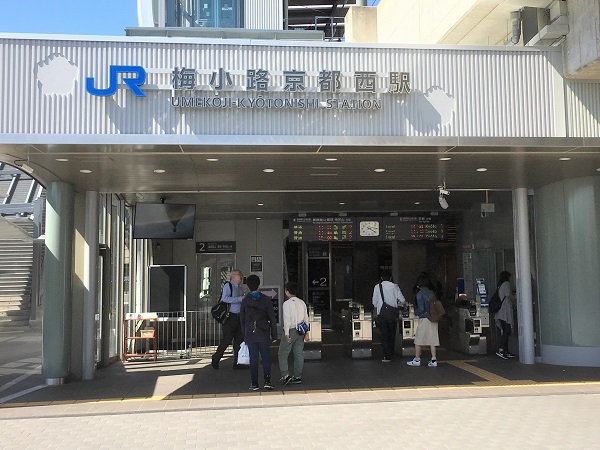 Statistically, it is getting warmer day by day to the end of April. Usually, early mornings are cold, but daytime temperatures are pleasantly warm in April.

In the case of early April, people appear to wear some kind of normal jackets.

On the other hand, late April, people appear to wear long sleeves without jackets.

All pictures are taken in the daytime.

Please note that, April can be cold or sometimes hot, regardless of the beginning or end of the month, because it is between late winter and early summer.

Actually, in the case of April 2021, warm in the early April, cool in the middle and slightly hot in the late. So I adjusted to the difference by taking a jacket on and off.

We don’t have many rainy days in April, it woul be useful to take compact umbrella with you to prepare for rainy day sightseeing.

Kyoto in April has, so to speak, two seasons, late winter and early summer, so it varies from day to day, and there is also a large difference between early morning (late night) and daytime in temperatures.

So, please wear clothes that is easy to take on and off to adjust the difference.