Travel Info : Weather & Temperature, and What to Wear in Kyoto in February

What is the climate of Kyoto in February like ?

Early February tends to be colder.

Mainly sunny or cloudy, and rare snow and little rain. 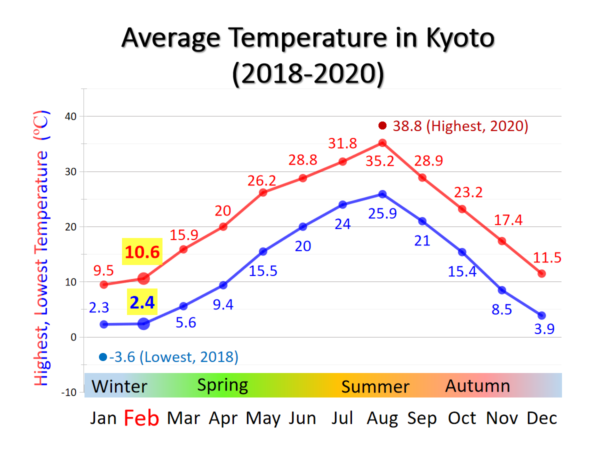 It has been said since many years ago that Kyoto city is in basin and famous for being chilling to the bone in winter.
But, these days, there are variations in the lowest temperature (-1°C to 7°C, ≈30°F to 44°F), and in the highest temperature (6°C to 15°C, ≈42°F to 59°F) during February. So, actually, there are days when it is not so much cold in the daytime of February. It depends on the day or the year. (In the case of 2021, it really differed every day!) 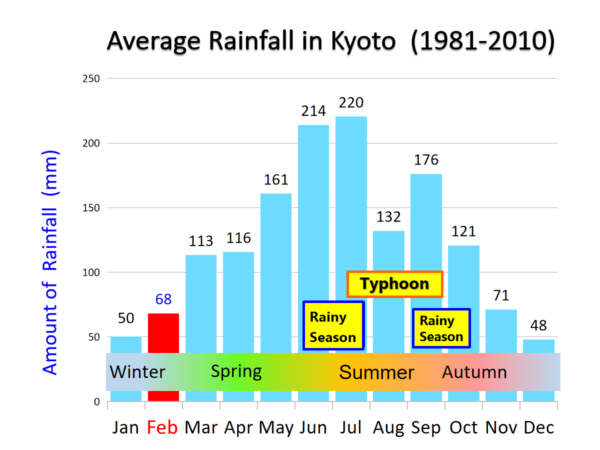 Statistically, we have little rains in February.

Fortunately, it is not rainy seasons or typhoon season.

For your reference, the average probability of the weather in Kyoto in February is the following, according to Japan Metorological Association.

The probability of the snow is very higher than I thought. For my experience, it seldom snows, and even if it does, it doesn’t last for long in Kyoto city.

2. What to Wear in Kyoto in February

So, what to wear in Kyoto in February ? 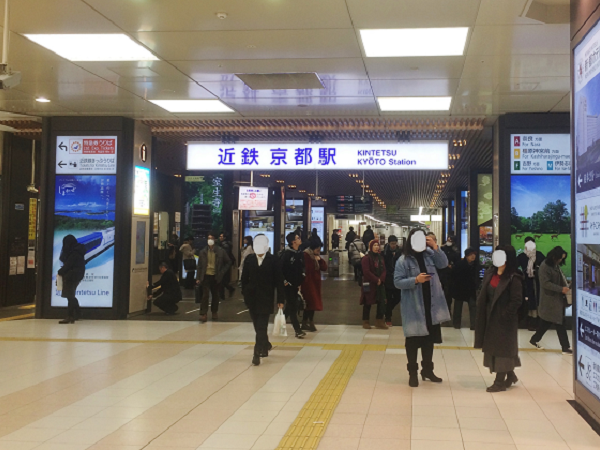 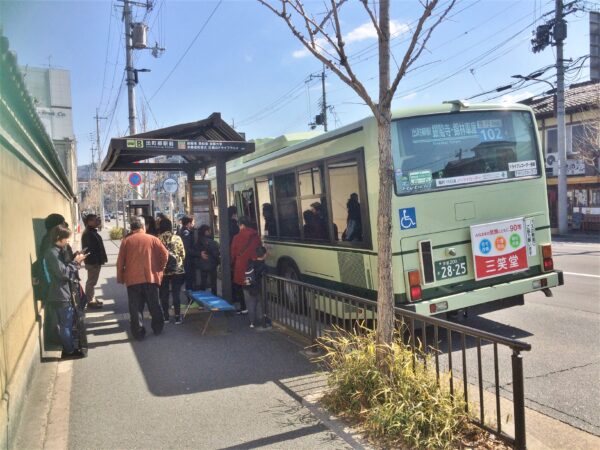 In the case of early February, people appear to wear turtleneck sweaters, warm coats or jackets and neck warmaers (scarf).

On the other hand, late February, people appear to wear some kind of normal jackets.

Both pictures are taken in the daytime.

Please note that, Kyoto in February, the sun rises around 6:45 a.m. and sets around 5:40 p.m., so, it can be colder in the early morning and after sunset on some cold days.

Actually, in the case of early February 2021, it was cold even in the daytime and windy, so I often wear thermal underwear. In late February, it was alternating warm and cold days.

In addition, it is not that we never had rains at all in February. Sometimes we had, so, it woul be useful to take compact umbrella with you.

If you take a bicycle on cold days, you must need gloves and neck warmer (scarf).

Although Kyoto in February is not comfortable climate such as spring or autumn, if you are OK with cold temperature, winter season (February) is also recommended because of little rains and not so much cold temperature on some days recently. (note : basically, morning and night are cold!)