Travel Info : Weather & Temperature, and What to Wear in Kyoto in October

What is the climate of Kyoto in October like ?

October is basically nice season if sunny or cloudy,

but, tends to be rainy, and possibly afected by a typhoon.

In October, as the chart shows, both average high and low temperatures are very nice to walk around.
Statistically,
it may be hot like summer in the daytime early October, and, to the late October, the average temperatures get lower little by little.

In the case of 2020, the temperatures were basically nice, and getting lower day by day. 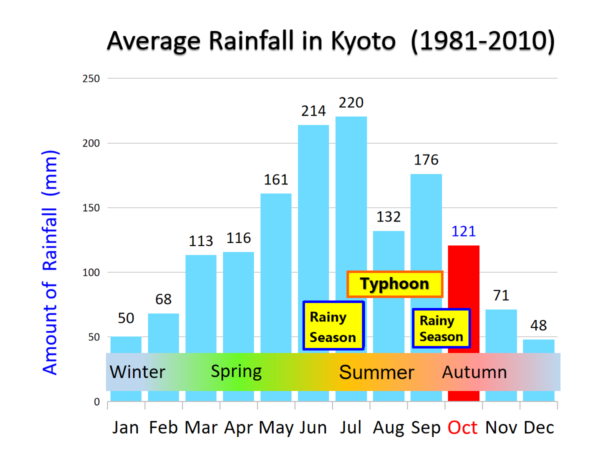 Statistically, we have average rains in October.
Usually, it is near the end of rainy season, so we have 8 to 12 rainy days during the month.
It is not typhoon season, but we’d had strong rain due to a typhoon in the past.

For your reference, the average probability of the weather in Kyoto in October is the following, according to Japan Metorological Association.

Well, the probability of sunny weather is higher than I thought.

2. What to Wear in Kyoto in October

So, what to wear in Kyoto in October ? 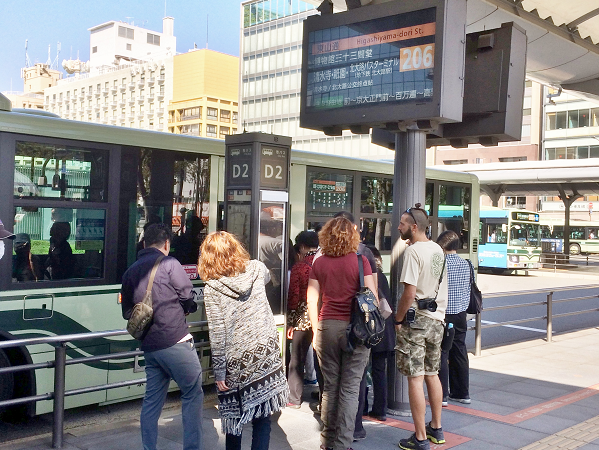 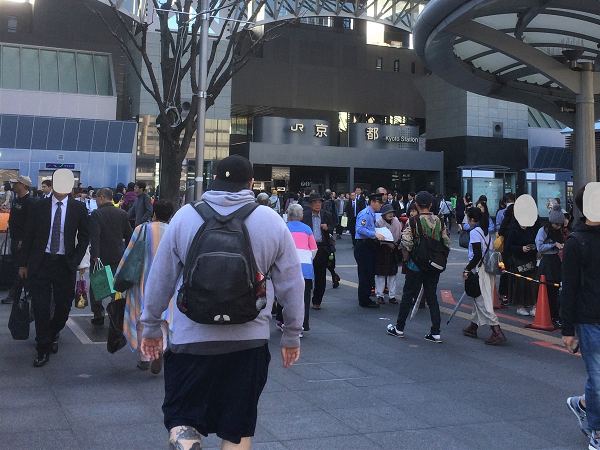 In the early October, people appear to wear basically long sleeves, (some people with short sleeves!)
On the other hand, most people wear long sleeves and light jackets in the late October.

Please note that, Kyoto in October, the temperature gaps between morning and daytime, and between the beginning of the month and the end are large, and it may rain all day because of a part of rainy season. so, it would be useful to take compact umbrella with you.

In the case of 2020, we had about 5 rainy days, and the temperatures went down with every rain, and it was chilly in some of the early morning, late October.

Kyoto in October is basically comfortable climate and very nice to walk around. But, please be careful of temperature gap and a part of rainy season.